Are you tired of your children wasting their playtime with nonsensical transforming robots or with the sugary-sweet adventures of rainbow-coloured ponies? A mutant Ninja Turtle? That sounds like a horrific abomination to both Man and God – There has to be a better way! Introducing iJobs mini – a small 1:1 toy replica of the real Steve Jobs after he was stung by a horde of bees in the face. Who would have thought that a flimsy, mis-coloured, plastic toy with easy to loose parts would be so much fun for children? Seriously… who would think such a stupid thing?

Do you remember when toys used to be educational? No? Well perhaps your parents bought you stupid toys about He-men and She-men or maybe you wasted your time playing Super Mario as a child and are now an adult working as a plumber’s assistant with a crippling mushroom addiction. My children have been wasting their time for years now with Dora the explorer, PBS cartoons and with whatever the hell Shopkins are. They play, they create social situations, make complex storylines with their toys that help build their understanding of the world, but is that enough? As a busy, emotionless absent father with an addiction to low/mid-range prostitutes, I want my children to grow up strong and ready for the future with minimal need for me to have to interact with them, you know, because kids are weird and make everyone uncomfortable. If I can get them the right toy, something that can capture the essence of the ‘real world’, they can teach themselves something useful as I catch up on my ever-growing Netflix queue of soft-nudie flicks.

So what job should they be training for during their toy time? Given their addiction to sniffing and eating paste coupled with their inability to articulate what they want, but bitch loudly when it is done wrong, I’m thinking… CEO. What child wouldn’t want to learn about the high-paced, cocaine-fuelled world of business? So after an exhaustive 13 minutes of research, I found the perfect CEO toy for them – the one and only, Steve Jobs in his delightful ‘iJobs mini’ toy form.

The toy itself is fairly well articulated, although his hair (what there was of it) is clearly made from a different mould, poorly coloured and plastered on his head after the fact. I presume the iJobs Mini and iTrump Mini are made of the same design, but any comparisons between the 2 other than that would just be obscene. iJobs Mini comes with a small pair of glasses, a transparent stand but sadly, no mini iPhone, which I think would have been a nice touch. The toy is only moderately poseable, in the arms and in his bobble-head styled… head. Don’t play with it for too long though, it is really not designed to last.

My kids played with it for about 2 weeks and despite not wanting to get involved, I actually found myself writing a journal of their exploits. Maybe in some way the toy brought us closer together as a family, or perhaps maybe my detox sessions are working, who knows. Let’s take a look at my journal entries together shall we?

* = Quote attributed to Steve Jobs – be it from a biography, exaggerated legend or just plain bullshit I found online.

After bringing home the iJobs Mini toy for the kids the first thing they asked me was “who is this old bald prick?” I’m not sure where those shitty little assholes get their language from, but after a quick beating and perusing of Steve Jobs’ Wikipedia page to get some background info, we were ready to play! Despite them constantly calling him Steve Jackson no matter how many times I corrected them, they appeared to have fun with him. And once they successfully broke his arm off and lost his glasses, the children started to build their Apple dynasty. Once they finished watching a mandatory documentary on copyright law, they renamed their company to ‘Orange’. After laughing at the stupid name they chose, I, their primary stakeholder with voting shares, renamed our company to ‘Pippin’. However in her first act as CEO, my daughter bought back all my shares and threw me out of her room. She then proceeded to rename her company ‘Banana Inc.’

The Banana Empire is growing! After abandoning her younger sister (who was complaining about the fact the eldest sister lied about how much of a bonus they earned on a previous special project) began her hiring campaign. After a few interviews with gimpy wrestler toys from the 80’s, a G.I. Joe suffering from PTSD and a former member of Jem’s Holograms (who has since become incredibly and surprisingly bitter for some unknown reason) my daughter finally found a potential candidate at PepsiCo that caught her eye… 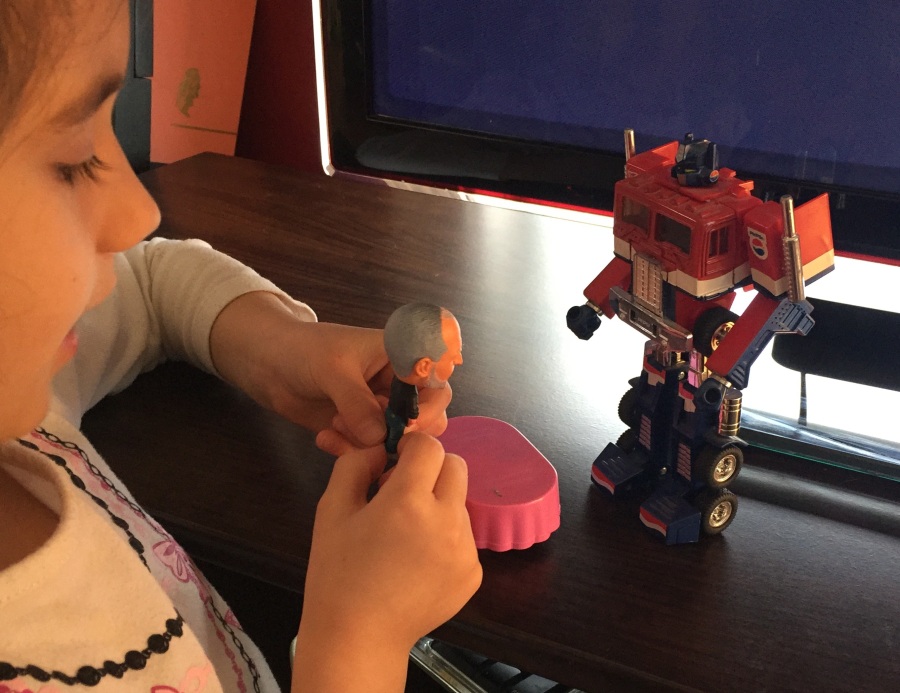 Do you want to sell sugared water for the rest of your life? Or do you want to come with me and change the world? *

She then of course proceeded to ask all the traditional questions such as ‘Why should we hire you?’, ‘Tell me about your experience’, ‘How old were you when you lost your virginity?’, ‘How many times have you taken LSD?’* and once finished, our new employee was hired! I have never been proud of my children before, but I came close to being proud on this day…

Victoria (my eldest daughter) faced her 1st real challenge as the iCEO: One of Banana Inc.’s 3rd party partners had dropped the ball and was unable to deliver a key component on time. Normally, being a child, she would have expressed her disappointment with them but ultimately moved on and come up with an alternate way to play, but this weakness is unacceptable for a CEO! Instead, she decided to burn down their dollhouse (factory) after barging into their boardroom and declaring them all a bunch of “fucking dickless assholes.”* There was some insurance stuff to take care of afterwards, but ultimately this was a good day for her developing CEO skills. 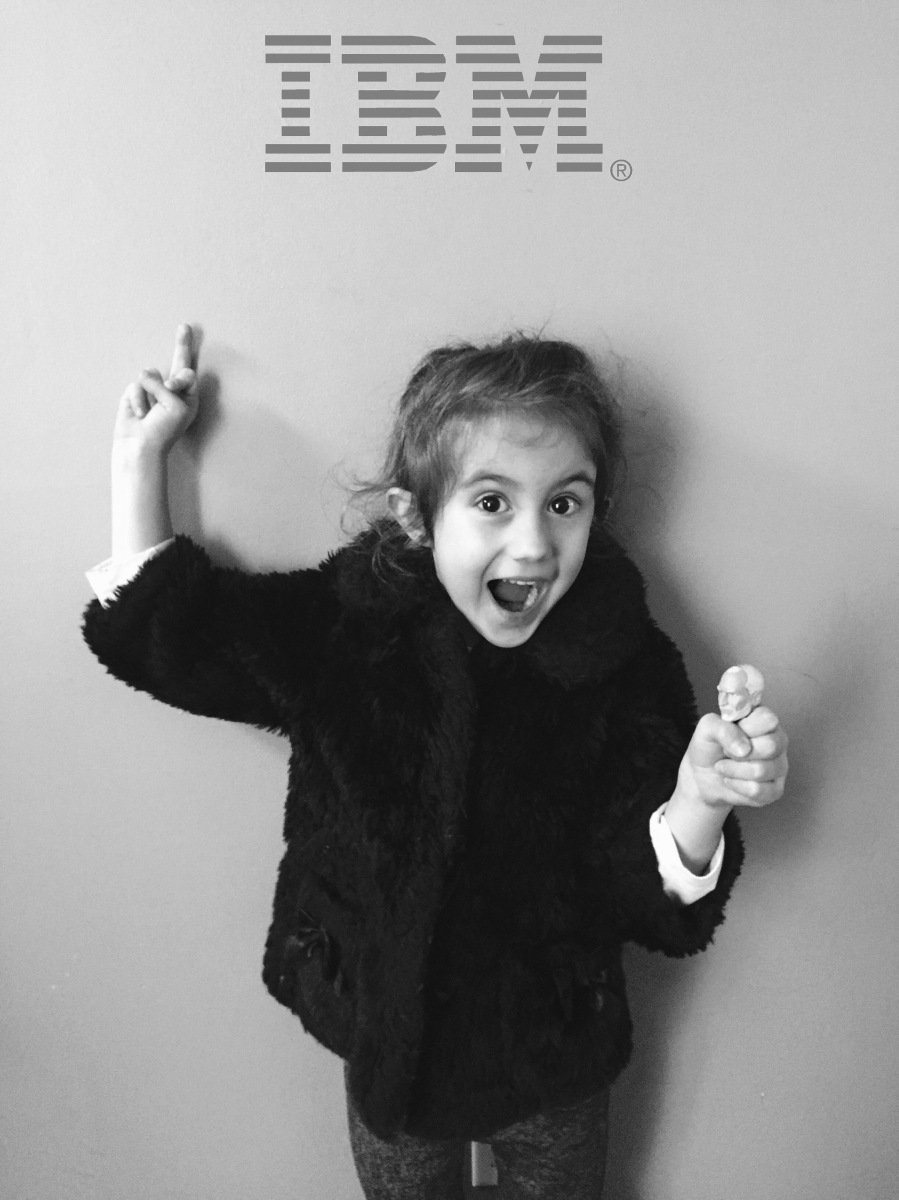 Guess who is next to feel her wrath?

After nearly destroying the company, ‘Mert’ begged Victoria to come back as CEO. Once she accepted the position, and found a proper hiding place for the remains of ‘Mert’s now dead body, she met with Banana Inc.’s cloud-storage development team about their latest abomination ‘MobileMoi’. Our little CEO told them, in her ever adorable little voice, “You guys don’t know what you’re doing! This is fucked up! You’ve tarnished our reputation and should hate each other for having let each other down.”* Still furious with the team, she then marched down to the finance department and killed all charitable programs the company was previously involved in under ‘Merts’ reign of terror.

I don’t care if you are fighting evil by moonlight, that’s no excuse for this Goddamn disaster! You’re all fired! Get the fuck out!

Her younger sister started up a competing company, ‘cyborg’ which is a big piece of shit and I hate her for it.

After what seemed like an eternity of ever plummeting sales and the impending doom of Banana Inc., the miracle breakthrough needed to keep Banana Inc. alive and set it off on a path of unbridled power and fortunes came to pass. Introducing the Y-Phone, Banana’s music player, phone and browser all in one beautifully designed touch-friendly aluminum and glass body!

You should have her seen present this revolutionary product to the world, it was incredible! She was a master at her craft and nobody ever has, or ever will come close to her skill level. I almost shed a tear that day. No, not because of her skill, but rather because I stepped on her damned Lego that she left all over the floor and that shit hurts. But still… her presentation was amazing.

An Music player, a phone… are you getting it? These are not three separate devices, this is one device, and we are calling it Y-Phone.*

Success was short lived however for our CEO as unfortunately after a long struggle she has passed away… Well not literally of course, but her mother finally won the custody battle and as far as I am concerned, they are all dead to the world now. We will miss you iCEO – You left us in the prime of your life and even if you were a cruel, opinionated and arrogant human being – Banana Inc. will never be the same without you.

Available now on Amazon and wherever fine books are not sold.

Verdict: A must-have for any Apple fan. Other than the hair, the toy looks great!

What do you think? Does a Steve Jobs toy interest you? What do you think of the review? Please leave your comments, like and share this review with someone you know and don’t really care if they never speak to you again afterwards. Together we can ensure that the word of the nerd is heard!