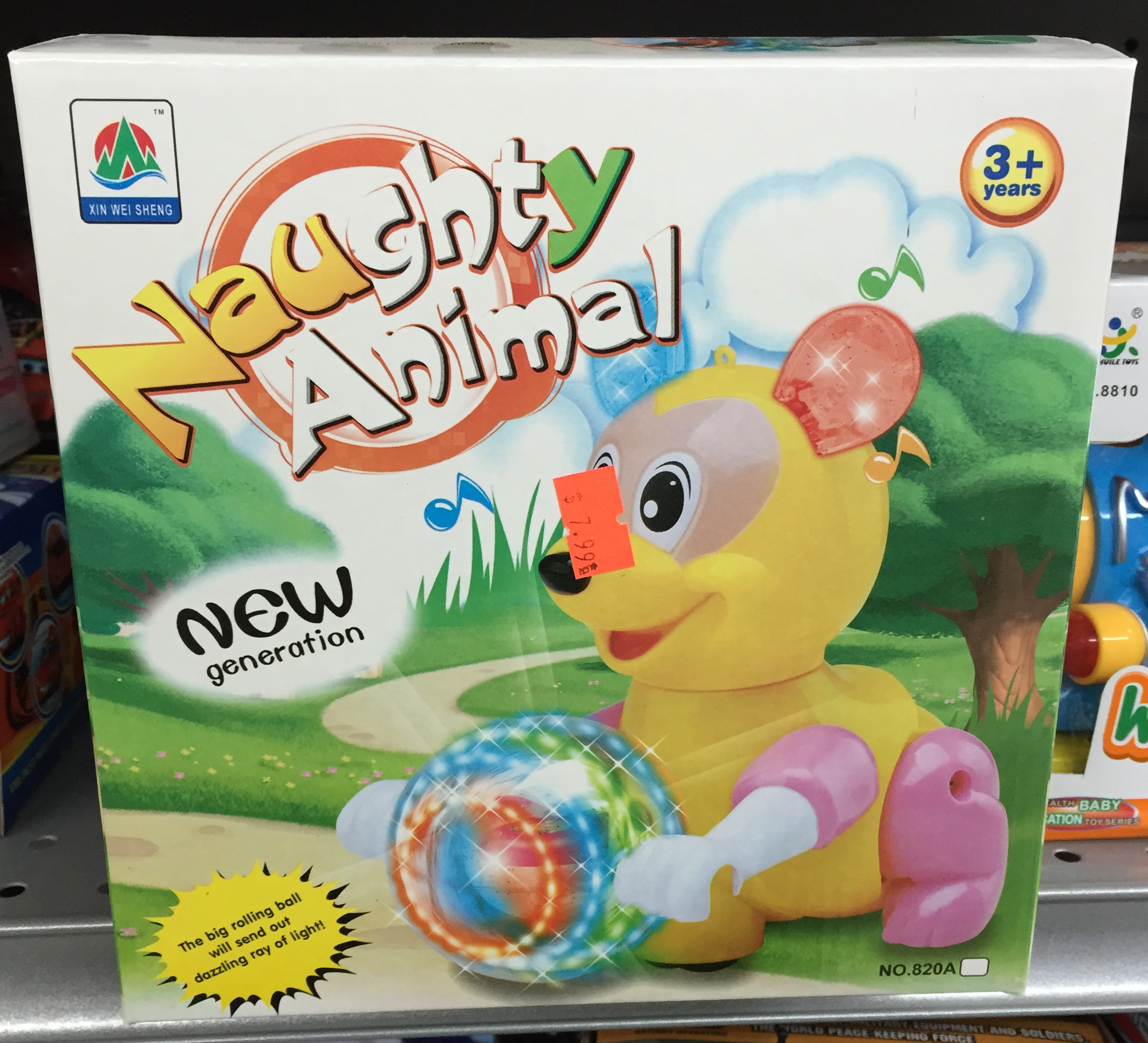 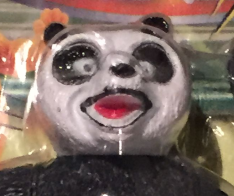 Weird Dollar Store toys, and the people that love them.

Welcome to the first edition of ‘Dollar Store gang-bang’ where a gang can go to get more bang for their buck. Yea, that’s what I mean by the title, what did you think I meant? In our first edition, we have a few oddities that deserve our attention, just maybe not our full in-depth attention. We have a knock-off Kung-Fu Panda, some horrid screams of the animal kingdom, a naughty animal, a toy knock off of an iPhone (no, I am not talking about Samsung – Flame war time bitches!) and a benign cell phone. Wow, with talent like this, who needs mid-day public access television? 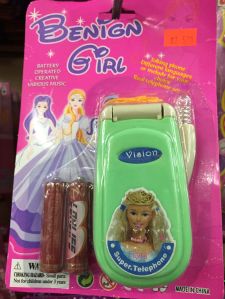 Let’s start off with some good news – apparently the jury is in and there is no link between cancer and cell phone usage. It’s ok everyone, turns out the lump she found was benign, and if the font is anything to go by, the research was conducted by Disney and their hot-shot team of fairy scientists. This isn’t just a phone, it’s a visionary super telephone. Apparently for $1.50 I can get a talking phone with different languages or melody ‘for my choice’. Here in Canada we have two official languages, so that is a nice feature to have. The ability to translate between English and French is pretty cool. Klingon would have been nice too, but that may be a bit much to ask for. I wonder how they translate to a melody? I assume most of my phone calls would be translated into someone humming the theme from “Perfect Strangers”.  Oh benign girl, you really are standing tall on the wings of my dreams. The good news is that it has Lon-life batteries. The bad news is that it’s hard to say that without adding a racist accent. 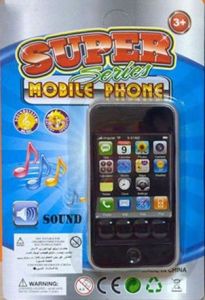 I love mobile phones, at least since they became pocket computers, so let’s take a look at another awesome phone-inspired toy and part of the ‘super series’.  It has a slew of features, including… Sound and … being a choking hazard. Super indeed! The iPhone purist in me is upset that the screen is a bit higher up on the device and smaller than the ‘real’ iPhone. Tsk, Tsk. I was expecting more. Way to let me down Super Series Mobile Phone…

Ok, if phones are not your pleasure, how about the horrid screams of Caillou and friends of the animal Kingdom? 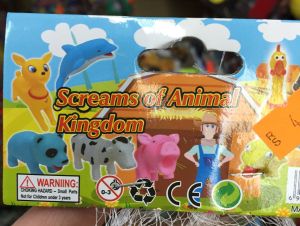 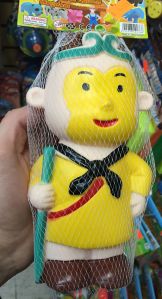 The horrified pig shares your agony. What kind of farm is this guy running anyway? Cows, dolphins  and Bambi’s cousin ( the one that was exposed to lead as a baby and not talked about publicly) an interesting mix to be sure. And what the fuck happened to the Panda? Get him some air! Help him! The Cow seems too depressed to care and the chicken is clearly dead on the inside as well.  Is this a farm or the isle of Dr. Moreau? “Screams of Animal Kingdom” pretty much describes this better than I ever could. Luckily Caillou was also lost in the animal kingdom / farm / saw-like experimental lab and we can only presume is screaming as well.

Well this is depressing… 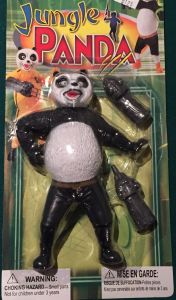 Ah, it’s Kung-Fu Panda! Despite Jack Black’s involvement, this was a cute, fun little romp… oh my God… what the hell did they do to him? Based on his packaging costume and expression of utter contempt for all things living, I assume he was buried alive at some point and now wants revenge on some guy named Bill. Apparently before it kills Bill, it killed Freddy Krueger and took his claws. The toy also includes two gauntlets of sorts that look like the cat faces in Voltron. Which I think really lends this toy some authenticity and probably what he used to escape the previously mentioned screaming animal kingdom farm. Run free Jungle Panda and destroy all who oppose you! Start with Jack Black. Seriously that guy pisses me off.

Let’s end this on a high note. Let’s see, what have we got here…  A naughty animal. Ok, so much for the high note.

So, we have a big mouse dog sending out dazzling rays of [hypnotic] light from his ball and ears. The packaging suggests this is a version 2.0, ‘New Generation’. It doesn’t say what happened to the previous generation, but we can guess they met their demise in much the same way that Gozer did at the end of Ghostbusters. 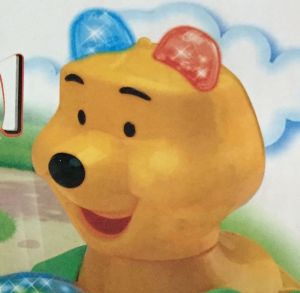 Sweet merciful God, did this thing escape the screaming animal concentration camp as well? Winnie! Winnie! Can you still hear me? Is that you? Fight the voices Pooh bear! If any of you is still in there, please fight it!

So what does the naughty animal do? Well according to the packaging, it does this…

Verdict: This is all crap.